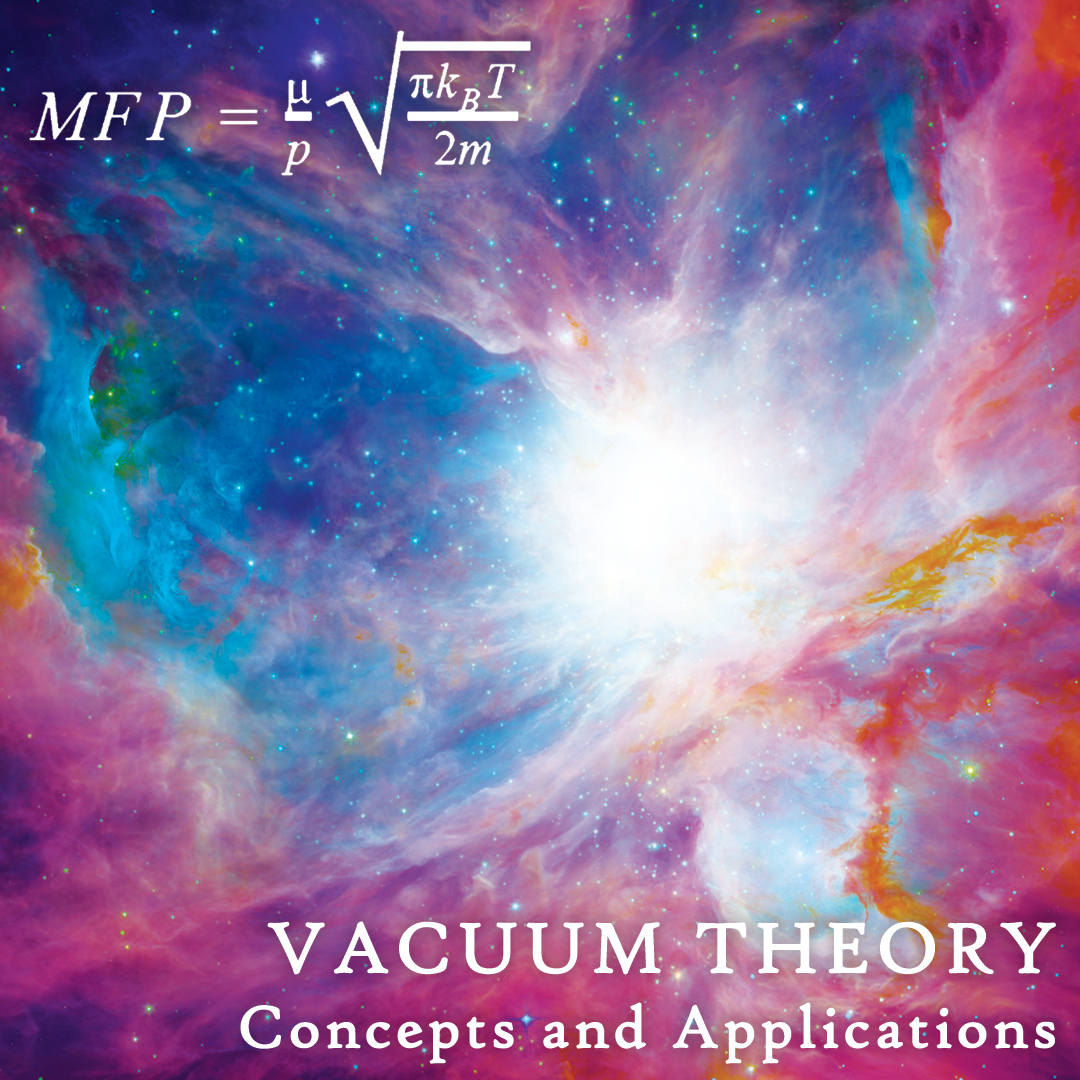 In the second installation of our Vacuum Theory series, Aaron Sawheb’s explores the relation of theories of gases to some common areas of botanicals-processing. The first piece of this series can be found here: Vacuum Theory Fundamentals. 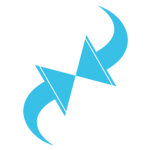 For practical purposes, imagine a cubic centimeter of space, the size of a single peanut, filled with air at atmospheric pressure (1 bar) and temperature (25°C). This cube contains:

These molecules impart force on the objects they collide with and the resulting pressure is given as: Pressure=(ForceArea/Collision). Extending this concept to a real-world application, the pressure measured inside a vessel increases as the number of molecules increases, and as the number of molecules within the vessel decreases, the pressure decreases accordingly—less collisions, less force, less pressure. Then, from a theoretical perspective, vacuum can be defined as “space devoid of matter,”1 and devoid of pressure or collisions.

The preceding concepts, are more-or-less the theoretical basis for the Kinetic Theory of Gases, which explains macroscopic concepts (pressure, temperature, viscosity, etc) in direct relation to sub-microscopic (atomic) behavior of gas molecules. One of the more powerful theoretical variables of the kinetic theory is the mean free path (MFP), which quantifies the average distance a molecule will travel before colliding with another molecule. MFP can be mathematically defined as follows:

Where μ is the gas viscosity, p is the pressure of the gas, m is molecular weight, kB is the Boltzmann Constant, and T is temperature. The derivation of this equation falls outside the scope of this article, but some important factors should be considered—as pressure increases, MFP decreases; likewise, as temperature increases, MFP is reduced. Take a moment to consider these relationships; if more pressure is added to a vessel, molecules will have less “free” distance to travel before colliding with one another, and as temperature increases, gas molecules are excited and again experience less “free” path. Table 1 demonstrates the relationship between measured system pressure and MFP.

Just as a point of emphasis, note that at atmospheric pressure the distance between collisions is less than a nanometer, by the time the pressure is reduced below 0.001 mmHg, that distance increases to over a centimeter!

But, how exactly does this knowledge of molecular-collision-distance become useful in the context of botanicals or hemp processing?

In fact, there are several important implications of kinetic theory regarding botanicals-processing; solvent recovery efficiency, terpene preservation, final product quality, and many more. The remainder of the discussion will focus upon the implications of kinetic theory (and especially MFP) in the context of the botanicals-processing steps mentioned above. 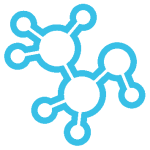 Let’s face it, solvent recovery and vacuum pressure are inseparable—if one desires to effectively and efficiently remove solvent from their crude extracts, they must do so in a vessel subject to some vacuum. Assume a vessel full of ethanol at atmospheric pressure; the headspace is composed of air and ethanol vapor. The air and ethanol vapor in the headspace exert a pressure upon the liquid ethanol that counteracts its tendency to evaporate—this can be summarily quantified as the system’s vapor pressure. Imagine now, that as an ethanol molecule begins its transition from liquid to gas, it begins to travel upwards into the headspace—immediately it becomes subject to the molecular forces quantified by the concept of MFP.

Specifically, as it becomes gaseous it will begin to collide with other gaseous molecules—the energy exchanges that occur between molecules (because of collision) will generate a net flux of the ethanol molecules into the gaseous phase or the liquid phase. At colder system temperatures, i.e. when ethanol will not spontaneously evaporate, the collision of gaseous ethanol with air molecules will cool the ethanol to the extent that it once again becomes liquid. On the other hand, when the system is heated, collision of ethanol molecules with hotter air molecules will potentiate the transition from liquid to gas.

Ultimately, without vacuum, ethanol would have to be heated beyond its boiling point to efficiently remove it from a crude extract—something that would reduce the quality of end-product (loss of terpenes, increased oxidation, etc). The standard solution to this problem is to generate vacuum within the system. As air molecules are evacuated from the solvent vessel, gaseous ethanol molecules are less likely to collide with other molecule (because they have a larger MFP) and they can travel to a collection vessel with less energetic requirement. This manifest itself in the reduction of solvent boiling point, and results in terpene preservation and reduction of product oxidation. 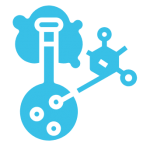 Terpenes are increasingly a source of product desirability and in some cases, are the focus of a botanicals-processing operation, so it is critical that they are preserved throughout the many steps required to transform biomass into end-product. The loss of terpenes is influenced by many factors: excessive heat will influence terpenes to react more readily with other mixture components, and each successive collision between a terpene and another molecule will increase the chance that the terpene is irreversibly reacted. Also, cannabinoids will degrade if distilled at atmospheric pressure, and these degradative products of non-cannabinoid, non-terpene compounds such as fatty acids will contribute to off-flavors.

The importance of vacuum is then two-fold—by reducing the vessel temperature required, less terpenes will degrade as a result of their heat-lability, and second (in the context of MFP) as the distance between collisions is increased, the likelihood that terpenes are irreversibly reacted into undesirables, is decreased. 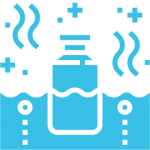 This final concept is perhaps the easiest to rationalize, because the cause of oxidation is so closely related to air pressure. Oxidation is essentially the reaction of atmospheric oxygen with oxygen-reactive species. A typical issue in botanical processing is the creation of a fantastic end-product that quickly oxidizes when exposed to air—this oxidation manifests as colorification (browning), loss of aromatic compounds and conversion of desirable cannabinoids to CBN.

To quickly summarize, a vessel containing ethanol crude at atmospheric pressure will contain nearly 21% Oxygen in the headspace, and subjecting the vessel to additional heat will increase the ability for this oxygen to react with chemicals existing in the crude extract. As vacuum is pulled on the system, the availability of reactive oxygen gas is decreased substantially, and the distance a molecule (from the extract) must travel before interacting with an oxygen molecule increases substantially; both of which serve to improve the quality of the end-product.

Atmospheric pressure is a consequence of the air surrounding us. Vacuum is a type of space devoid of air and pressure. In order to produce quality products, vacuum is virtually inescapable (the author is willing to entertain alternatives, if they’re out there), as it reduces the time required to recover solvent, improves the ability of a processing operation to maintain terpenes from biomass to end-product, and virtually eliminates the possibility of oxidation. Moreover, an understanding of theoretical science that underlies these macroscopic, qualitative effects will allow the processor to make science-based decisions that improve their processes for years to come.

Stay tuned, until next time.

If you enjoyed the article please consider sharing on social, and